I have dreamt about having a book published since I knew what books were. As a kid, I wrote a lot, and then – distracted by GCSEs, A levels, and the general angst of being a teenager – I stopped writing. I still dreamt of being a writer, but I couldn’t seem to manage to put pen to paper. I had nothing to say. It was too hard.

My first job was as Literature Development Officer in Leicester. As I met and worked with writers from Leicester and further afield I slowly realised that maybe I could be a writer, maybe it wasn’t entirely out of my reach, if I worked hard and took it seriously.

That was ten years ago and I’ve been working hard and taking it seriously ever since. In 2012, after writing two other unpublished novels, I was offered a two-book deal by Picador for my novel TEN THINGS I’VE LEARNT ABOUT LOVE (and a new, untitled book). Picador have subsequently sold rights in thirteen other countries. A real dream come true.

TEN THINGS I’VE LEARNT ABOUT LOVE is released on 31st January 2013. When Geoff Westby at Picador suggested I could go along to the printers to see it coming off the press I jumped at the chance. I have always been fascinated by how things are made, and the opportunity to see this novel, which I have spent five years writing, being turned into a physical object was too good to pass up.

So on 19th December 2012, I went to Mackays in Chatham, Kent, to see TEN THINGS come off the press. Actually it was being ‘bound’ rather than printed, which meant I got to take home a beautiful finished copy.

Here’s a photo of me feeling a bit overwhelmed holding the first book off the press.

And here’s a whistle stop tour of the binding process. I have blogged about the process of printing the text here. 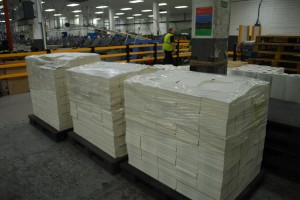 The text – the beautiful endpapers are bound in with the text. 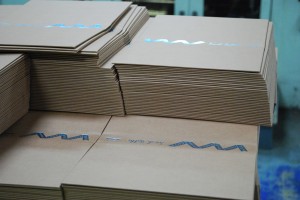 The hardcovers. I love the beautiful blue foil printing on the spine. 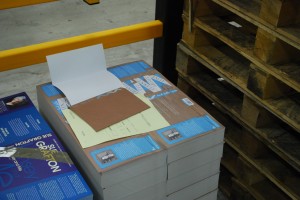 1. The text goes into the machine 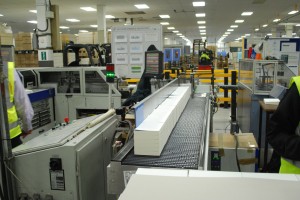 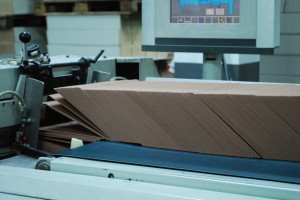 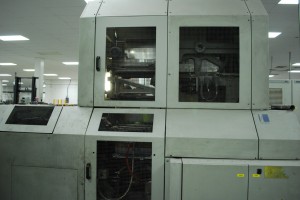 3. The glue is given a bit of time to dry and the books are positioned to have the dust jackets folded onto them. 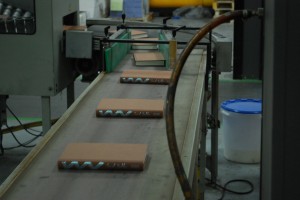 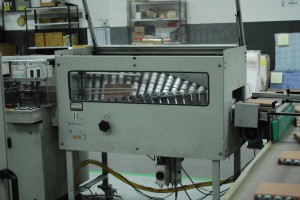 4. The dust jackets are folded over the hardcover. 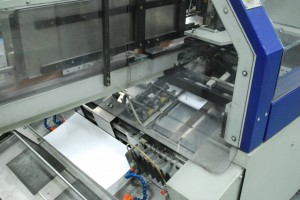 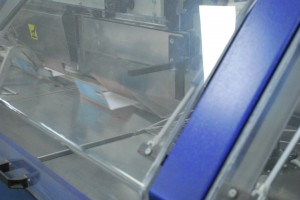 5. The books are stacked up (a machine turns every other one 180 degrees so they are stacked alternately. 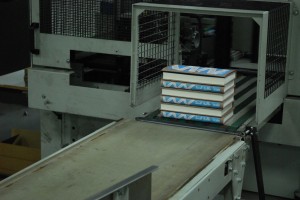 6. Each stack is plastic-wrapped and packed into palettes for transport to the warehouse. 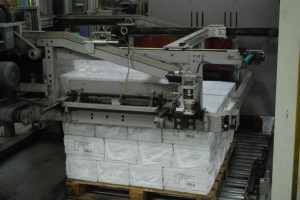 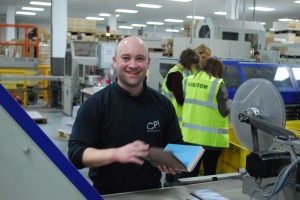 This is Andy who was in charge of the binding. 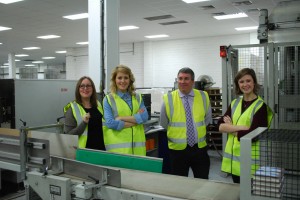 From left to right: Francesca Main, my fabulous editor at Picador; Jo Thomson who designed the gorgeous cover and endpapers; Daniel Barnett from Mackays and Sophie Jonathan, assistant editor at Picador.

Even when you know them all, it’s a thrill to see people sitting on a train reading the book you’ve always dreamed of… 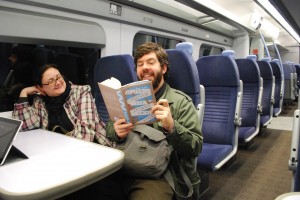 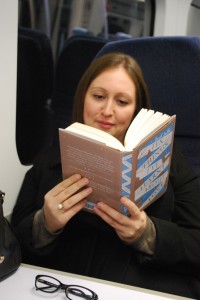 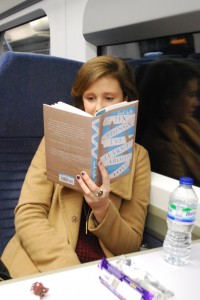 I’d like to say a huge thanks to the team at Picador for making TEN THINGS such a beautiful thing (and a brilliantly edited read!), and to Mackays for their generosity (and attention to detail). TEN THINGS I’VE LEARNT ABOUT LOVE will be published on 31st January 2013. You can preorder from all good bookshops, including Foyles, Blackwells, WHSmiths, Waterstones. You can read an extract on Picador’s website; get a flavour for its portrayal of London on Pinterest, and like it on Facebook.